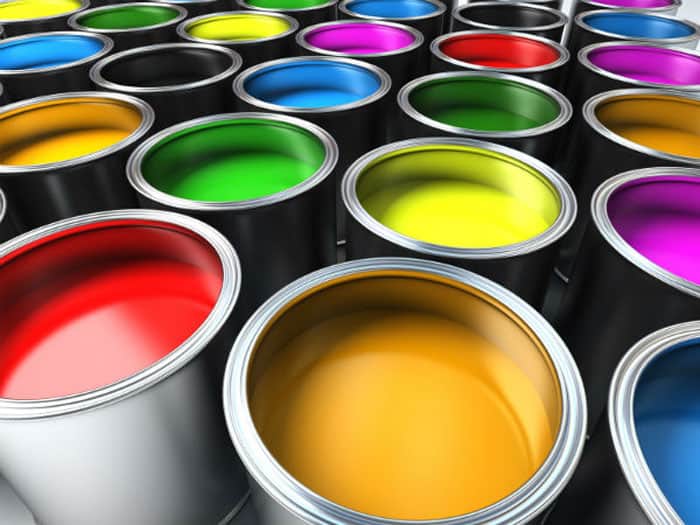 As an Amazon Associate, I earn from qualifying purchases.

Most of the time, any artist feels more comfortable with a particular kind of paint. There are actually many other kinds of paint beside these two, but both oil-based and water-based paint are the most popular ones.

Although both very popular, there are a number of differences between them, as we are going to learn in this article.

First of all, it is important to learn exactly what oil-based and water-based paints actually mean.

Water-Based and Oil-Based Paint: What do they mean?

This solvent can be both oil or water, or even other liquids used in other kinds of paint. The solvent helps the paint to stay wet inside the tubes or jars, and also helps painters mix them with other colors, change the consistency and the color, and even to paint with on canvases.

As soon as the paint is applied to canvas, they start to dry out when the solvent evaporates by coming in contact with air.

It’s not just the kind of paint that artists use in their artwork, but also the paint used in walls and ceilings that can be both water-based or oil-based.

Choosing a paint - either for your artwork or your walls - of course primarily means to pick the right color. However, it is also important to choose the right paint based on the kind of solvent they use, because that is going to make a world of difference to your projects. 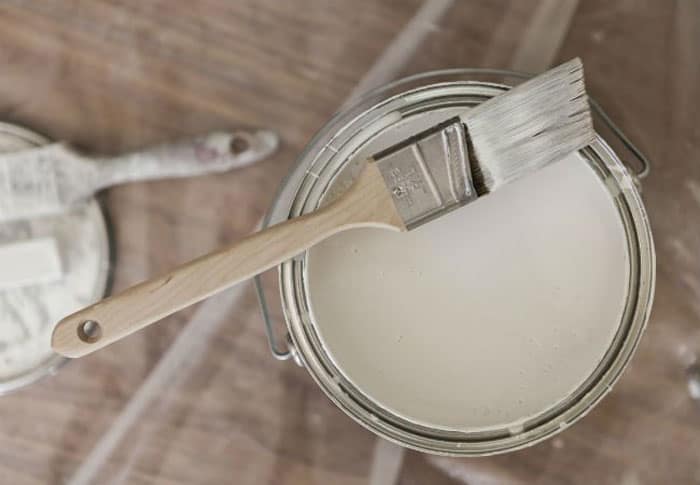 Oil-based paints are also known as Enamel paints, and they use an oil-based solvent. This solvent is usually a kind of natural oil like linseed oil; the soil can also be synthetic alkyd.

The solvent consists of the colored pigment and resin, as well as a kind of solvent thinner. Together, they form the paint. When the paint is applied to paper, wall or canvas, the thinner evaporates and the resin forms a hard coating.

These paints are used on surfaces where the painter wants it to last a long time, as oil-based paint can withstand almost everything.

It is mostly in wall paints and murals that oil-based paint is used, because the resin makes an impenetrable coating on most surfaces that cannot be perforated by water or air.

Water-based paints consist of colored pigment, and a special kind of binder that uses water as the carrier. These kinds of paints give an impressive color retention with time; they also dry faster and don't give out any harmful odors.

These paints are also extremely long-lasting. Apart from artwork, water-based paints are used in painting the exterior walls of buildings as well as any place that experiences a lot of moisture. 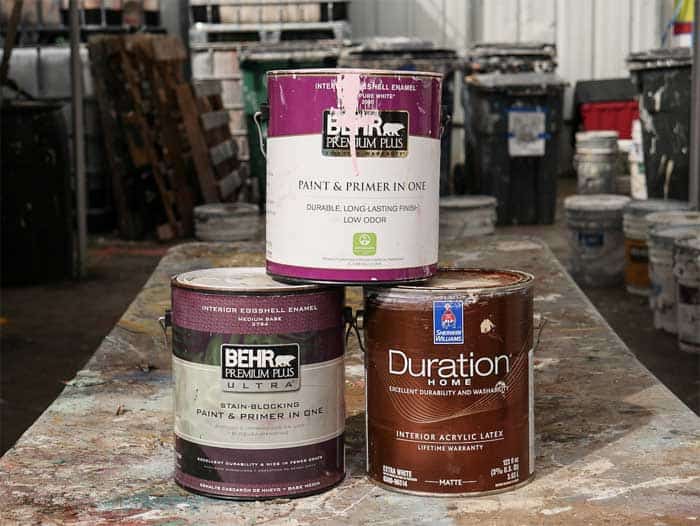 The most important difference between water-based and oil-based paint is undoubtedly the choice of solvent in them, as the name suggests. However, there are also a lot of other differences between them that we are going to learn next.

The name “Volatile Organic Compound” may be foreign to us, but it is a common organic solvent that is found in most kinds of vapor.

As the solvent evaporates into the air, the VOC gasses are released. This is what happens when some kind of paint that contains VOC is used.

“Volatile Organic Compound” is the inorganic solvent used abundantly in oil-based paints, made from plant oils and petrochemicals. This chemical has a strong odor and can be harmful when inhaled in.

This flammable odor is also harmful for the environment. Inhaling the harmful odors from oil-based paints for a long duration can cause headaches, irritation of skin, allergies and nausea in some people. If oil-based paint is used for a particular project, it is advised to do so in a well-ventilated space.

As VOC is more in oil-based paints, this is not a kind of paint that’s suitable for children or people with allergies and respiratory diseases.

On the other hand, water-based paints consist mostly of water and they release only a small amount of VOC into the air.

Water-based paint is therefore considered safer than oil-based paint both for the environment and for people’s health.

There’s no doubt about it that paintings that use oil-based paints end up with more shine and brightness. This is because of the solvents and the different chemicals used in this paint that makes the end result brighter.

However, the extra shine of these oil-based paintings also become dull over time. Although they are initially shiny and bright, they might end up looking dull after a few decades.

On the other hand, water-based paintings originally have a lower sheen, even when they are new. Although the amount of sheen is almost non-existent from the beginning, it doesn’t fade over time.

The sheen of water-based paint is more consistent, if initially weaker than, oil-based paint, and remains so for a very long time.

In fact, if not handled properly, these paints can become dry and brittle after a few years, and even peel off. Besides, paintings done with oil-based paint can also become yellow over time and need careful handling to revive.

When it comes to durability, water-based paint is more long-lasting compared to oil-based paint.

Since oil-based paints are durable and resistant to weather factors, they can be easily used not just in paintings and artwork, but also in exterior wales, murals, moldings and trimmings. In fact, they are used in painting window frames and baseboards as well as any sort of outdoor art installation and artwork.

On the other hand, water-based paint might not always be suitable for wet or humid climates, even when they are durable and water-resistant.

These kinds of paints are more used in interior walls and art projects kept inside the house, as well as paintings and every kind of artwork. Water-based paint is also perfect to use on concrete, stone, brick and plaster structures, as long as they are indoors.

Therefore, the final verdict is that for any kind of painting or art project kept inside, water-based paint is the best option.

Oil-based paint, for example, takes 6 to 8 hours to touch-dry, and requires around 16 to 20 hours to be ready for a recoat, wheres water-based paint requires less than an hour to touch dry and can be recoated in 2 to 3 hours.

Oil-based paint contains a large amount of Volatile Organic Compounds, which gives out a special kind of odor.

This odor is both harmful for the environment and for our health. Fortunately, this chemical is almost non-existent in water-based paint, and there is no harmful odor in it.

Oil-based paint, on the other hand, required special clean up procedures. Special turps or paint thinners are required to remove oil-based paint from skin or painting tools.